The Future Of Electricity Generation In New Zealand

The NZ Electricity market is a bit different to other electricity markets around the world. We operate in a single time zone, and unlike almost all other markets we cannot share generation with other time zones. Here most people arise each morning within a short period of time, say 6:00 am to 8:00 am; the work day begins between 7:30 and 9:00; lunch is between 12:00 and 2:00; most finish work between 430 and 6:00; Dinner is anywhere between 5:00 and 8:00; and people start drifting off to bed around 10:00 to 11:00 pm.

Overnight national demand may be as low as 3000 MW, over the morning peak it may rise as high as 6000 MW with most of this demand coming on within a 2 hr window. Mid-afternoon it can drop down to 4500 MW, climbing again to 5000 in summer or 7000 in winter. This pattern is well known and understood, and as a result demand can usually be covered with existing generation. Because we are in a single time zone the electricity supply has to follow that same pattern. Whereas in a larger market such as USA, the overnight trough on the west coast is balanced by morning peak in the mid-west, while the Eastern Time zones are in the afternoon trough. Thus USA does not see a 100 - 120% swing from times of low demand to times of high demand, but barely a 25% swing. Europe is even better and hardly sees any peaks at all.

Demand at most locations, called Nodes, is estimated by Transpower, but at some nodes with large loads, called non-conforming nodes, the demand is bid for. At the point that offered generation quantity meets demand quantity, the price is set by that offered generation for that half hour. All generation offered at prices below the discovered final price receive that price. Actual prices are calculated every 5 minutes to enable Transpower to dispatch changes to generation in a dynamic fashion, and this is where wind generation gets treated differently to other forms of generation. Once dispatched All generators, except for wind, must comply with that dispatch to within 5 MW or 5% of their dispatch, whichever is lower, and generators that fail to comply are likely to be penalised by the EA. Wind has a dispensation from that requirement, and only has to offer their best estimate, but with no penalty for failing to meet it. Wind also gets to offer all of their generation at $0.01, so will be dispatched in preference to other forms of generation.

Different types of generation have different characteristics that helps to determine their offer price and where they will fall in the stack.

The Real Future Of Electricity Generation In New Zealand

Transpower has forecast a doubling in demand within 30 years. While at first glance that may seem to be a rather dramatic increase it is only 2.5% per annum compounded. There are very few hydro opportunities left in NZ, gas reserves are dropping rapidly, and the political climate is unlikely to allow any more coal fired generation, so the only way to meet that increased demand will be from Wind and solar generation. If the 690 MW of installed wind generation that NZ currently has is starting to upset the electricity market, then adding a further 7000 MW or more to the mix will be unacceptable. Not only will it cause financial waves, but the NZ grid just will not be able to handle the resulting swings in generation, and blackouts will be likely.

The solution to this dilemma is large scale Hydro Pumped Storage schemes such as has been proposed for Onslow. Pumped storage can pump water from a lower reservoir to an upper reservoir when there is excess wind generation, and reverse the flow to generate with that same water when there is no wind.

Possible sites for Pumped Storage are fairly limited. They require a large water source at the bottom of a hill and a large reservoir or lake at the top of the hill. Onslow fits the bill here as there is a small lake but with a large water flow at Roxburgh and another lake, that is capable of being enlarged at Onslow. This arrangement would allow for a very large storage scheme that would more than double NZ’s current hydro storage. The size of Onslow scheme would safely allow for a further 2400 MW of wind generation.

Another South Island site is at the Neck between Lakes Hawea and Wanaka. It would only have 5% of Onslow’s storage and would be able to buffer around 240 MW of wind generation. The advantage of Hawea is that the two lakes are very close together and would require only a short tunnel. The construction time would also be considerably less than for Onslow.

In the North Island there is a possible site on the Ngaruroro River. It would have around half of the storage capacity of Onslow, and would be able to buffer around 1000 MW of wind generation. It does have the advantage of being in the North Island and hence closer to wind generation sites and to load centres. It also has the disadvantage of environmental and cultural issues, and the engineering aspects would make it quite costly.

To simply meet the future demand of electricity in NZ then wind generation accompanied with large scale pumped storage schemes will be a must within the next 30 years. Add in the government’s desire to decarbonise energy use in NZ and it is needed in the next 10 years. The time to start is now. 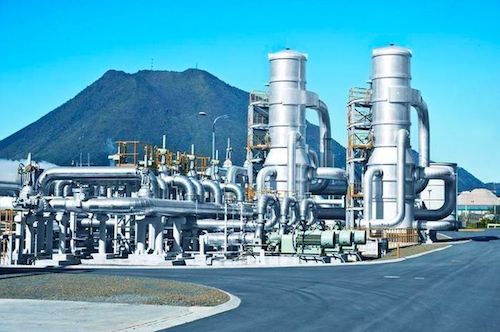 The Future of Electricity Generation in New Zealand

Part 2 Our Sources of Generation

Geothermal, is NZ's equivalent to nuclear. It is brought on load, raised to maximum output, and left there. Trying to reduce generation on geothermal plant is not just a matter of reducing the steam going through the turbine, The wells in the steamfield also have to be reduced in flow, and this results in silica and other solids blocking the pores of the well, and means that a well that has been reduced in steam flow, will not come back up to full production. Geothermal is offered at either $0.00 or at $0.01, so it is always first dispatched.

Run of river Hydro is next. Usually RoR hydro has a small amount of storage in its head ponds, but if not utilised in a short time it will be spilt, so this is usually offered at a low price in 2 tranches. First tranche at a few cents as this is water that will be spilt if not used now, and the second tranche at around the Short Run Marginal Cost (SRMC). For South Island hydro plant the SRMC also includes the cost of the HVDC Cook Strait Cables.

Gas fired Generation has to nominate its gas requirements to the gas market a week ahead, then confirm that requirement with adjustments a day ahead. That gas then effectively becomes take or pay. There are huge penalties for not using it, but at times more gas can be purchased at a higher price at short notice, 4 or more hours ahead. Therefore committed gas generation is offered at a low price, while that extra gas is offered at either SRMC if a company is short in its generation book or at a higher price if long.

Stored Hydro generation, or hydro that uses water from storage lakes, is usually priced in such a way to make a company neutral in its portfolio, with additional water from headponds being priced at its scarcity value. Often this water must be released from lakes into canals or rivers many hours before it is needed. In the case of Hawea water it is 12 - 24 hours lead time before the water can be used at Clyde. For the Pukaki Canals it is around 4 hours lead time. Water from Taupo can be used at Aratiatia within 3 hours, but it is another 12 hours before it is available at Ohakuri, and almost 24 hours later before it finally passes through Karapiro.

Then there is wind. Cheap to generate, and unpredictable. At times we have seen wind differ from its offered amount by over 200 MW. When it is down by that amount where do we get the extra generation from? It is unlikely to be from gas as that gas had to nominated and bought the day before. So that leaves hydro headponds at whatever that scarcity value is. When the wind ends up stronger than forecast then once again gas cannot back off without risking penalties, so it is hydro that has to accommodate that wind generation. This is OK for short periods and small amounts, but if it is a large amount and headponds are full then hydro will spill water. This has happened a number of times in recent years.

Therefore the best mix for wind is where it can be closely matched with hydro generation that has lots of storage, and no or little lead time. A perfect example is White Hill wind with Manapouri generation, or Mahinerangi wind with Waipori generation.