Have We Become A Nation of Sheep? 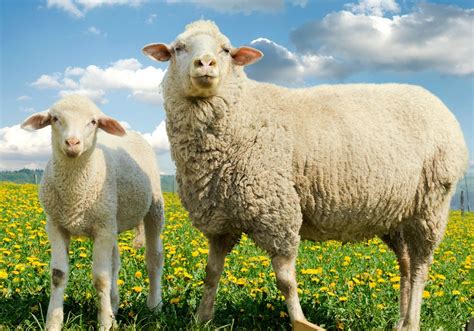 There is a disturbing trend in this country.

Kiwis have always been a pretty compliant bunch. Some may say we are sheep.

But there’s always, in my lifetime, been a section of the community who bucks the trend and questions the norm.

It could be a generational thing. Different generations have often hunkered down and supported what they are told to do. A good example of this would be those who lived through the 2 world wars.

My parents were of the generation who faced WW2. My Dad was in Egypt. My Mum worked in a factory and did her bit for King and Country.

The first real generation to do this were the Boomers. This generation cops a lot of flack but they, through their push and acceptance for more knowledge and a more open view of the world questioned the norm and asked why. They were well educated and had good jobs, earned a fair income and encouraged their kids to fight back against authority. Vietnam was a turning point. The Establishment did not like it.

Say what you like about the Boomers (I’m not one of them) but they did provide their kids (Gen-X) a great upbringing and encouraged education, hard work and to question. Question what you are being told. Education embraced this. Robust discussion of differing points of view lead to a better result for everyone. Ideas are hot-housed and new things to improve the world come from it. Technology we have today is a result of the Boomers drive and Gen-Xers willingness to take the world to better place. What we see now as the norm is a result of that.

Another, more worrying result of that appears to be a direct turnaround from those ideals. The educated who went on to educate have adopted a ‘we know best’ attitude. Questioning that and pushing back has lead to the suppression of ideas and a demand to believe what you are told.

This is not good for anyone. It is not good for the world. It is turning people into compliant drones and gives those in charge the idea they can do whatever they like. If you dare question that, you are pilloried and ostracised.

It is turning us into a Nation of sheep. This has happened over a generation. And, to my dismay, Gen-X has contributed to it in a big way. Their children have been educated, given everything without question and lost their own ability to question what is happening in the world. They have become reliant on the State to provide a good life. They expect it.

What happened to those who fought against a National ID Card that Helen Clarks Govt tried to bring in?

Today it is ‘trendy’ to support causes of other countries. BLM is the obvious one. It is not our fight. The Police here are, by and large not racist or treat people violently. But as we see in America, this ‘movement’ has been hi-jacked by criminals and those hell bent of destroying history and other peoples livelihoods. That’s not questioning the norm. It’s destruction for the sake of it.

Eliminating History does not lead to people learning from it. It leads to people repeating it.

Climate Change protesting is another one. Instead of throwing your toys out of the cot and demanding ‘someone’ do something about it, their energies would be better spent actually doing something themselves. But they are either too thick or too lazy for that. It’s all about being ‘seen’.

Being seen on Social Media Protesting. Not for change, but for ‘likes’

Is this what we have created? We provide the technology and our offspring are more interested in this than being the change they demand? Apart from a minority, I believe so.

I believe Gen-X are too scared to speak up today. Relegated to being the latest round of “Old Farts” to demonise. Their experience and past now not relevant.

This Gen-Xer will; not be silenced. I’ve taught my Millennial to question and fight back. To question and assess what she is being told. She makes me proud. She is not a sheep but a lion like her Mother. Let’s hope for the sake of this country and the world, she is not alone.

This article was submitted by one of our members - Boris39

Science And The Internet Can Co-Exist 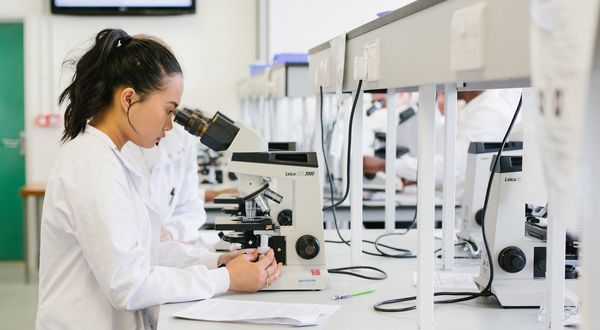 Academics will have to get better at fighting their real enemy - monetisation of content.

Everything changes. Nothing ever stays the same way it was originally made because there is a pressure to adapt or die. As technology has progressed at an exponential rate, the period of stability between changes has gotten shorter and shorter. Science has the advantage of being thousands of years old and having long periods of unchanged accepted knowledge. The Internet on the other hand has only been around since the 1990s and grew out of small beginnings traceable to interconnected US government computers in the 1960s.

Is Science undisputed fact or a belief system?

Being able to ask the same question of Science and God kind of answers the question already. The definition of science on Wikipedia is "a systematic enterprise that builds and organizes knowledge in the form of testable explanations and predictions about the universe". Science is always evolving and so the explanations and predictions change also. This makes Science a collection of reasonable, current but temporary facts subject to change in the future because of new evidence.

Evidence. That is the central word that is often lost in the debate about science. The evidence comes as a result of the Scientific Method. Words like objectivity, rigorous, skepticism and peer-review are used to weed out personal bias and predetermination in the process. Once the evidence has been obtained it needs to survive the challenge to it's integrity of been presented as statistics. Even worse, it gets handled by the news media and the lowest form of information collectors - lobbyists.

The internet has long been a place of communication, sharing of Information and was always intended as a place where collaboration could advance and empower humanity. Over time however, the need to make a return-on-investment in the costs of providing internet content has led to the need for monetisation, the evil dark side of the internet.

In a perfect world the internet would contain all the worlds knowledge, freely available to anyone at anytime. The reality is that much of the relevant information sits on webpages that display multiple animated advertisements, ads that are personally selected for you by analysing 'cookies' stored by the internet browser on your device. Whoever makes the browser, the operating system and the API's to transfer your browsing habits to your downloaded apps, owns access to the greatest store of information the world has ever seen: Metadata on you, compiled with that of others, and sorted into commercial packages actionable by anyone willing to pay for it. That was the business model of Cambridge Analytica. who weaponised your browsing and social media metadata for political campaign influencing all over the world.

Rather than the worldwide encyclopedia of knowledge the internet was supposed to be, we have a monetised filter of targeted information, into which is sent the results of scientific research, neatly packaged and polished by websites that have popups - asking for your email address, permission to allow notifications, subscriptions to premium services and sometimes donations.

In this murky online environment of questionable unsolicitited contact, we are told to 'just believe the science'. Trust in scientists and institutions has to be earned, not demanded. People will believe the scientific evidence when it is presented clearly and reasonable to them without all the marketing attached. The New Zealand Government's 1pm Covid-19 updates are broadcast live, advertising free, without any political agenda and under the scrutiny of the news media. That approach has been instrumental in creating widespread support in the community for the Ministry of Health led strategy the government has followed, leading onto support for the Labour-led government and widespread criticism of news journalists.

The Internet is an ideal medium for conveying scientific knowledge if used correctly. Like most things on the internet, science will benefit from being 'discovered' instead of marketed, archived instead of presented, and open instead of hidden behind paywalls. How this sits with the current research funding models is a question for Academia, a body most netizens feel is out-of-touch with reality.

This article was submitted by one of our members - Carkitter