The Problem With Media Literacy 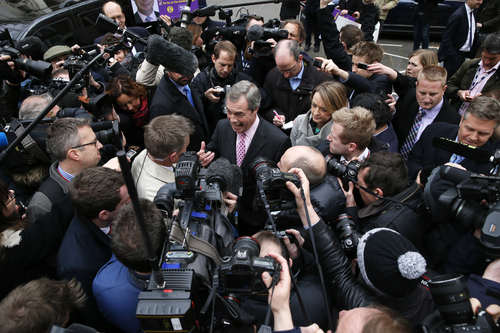 A response to the RNZ article published on 20 August 2020.

Lately we have seen comment by our Prime Minister, Minister of Health and Director General of Health about rumours circulating among the general public that relate to the latest Covid-19 outbreak. News media organisations have seized this opportunity to claim they are accurate, unbiased sources of information that New Zealanders can trust. The Minister of Health very publicly claimed that "Our 1pm news updates are the sole source of truth."

New Zealanders are a skeptical bunch. Surely this skepticism is healthy and would prevent us from falling for all sorts of misinformation masquerading as truth?

Who do you trust?

The media love investigative journalism. They love to play the Watergate game of 'who knew what, when'. Have they ever investigated the rabbit hole that Googles ads and other similar forms of monetisation takes their viewers down? Which journalists and editorial staff are aware of the results of clicking on a sponsored ad on their home page? How long have they known?

The media are guilty of desensitising the public to online scams, browser tracking, location tracking and advertisements that pop up when the viewer clicks a link for the supply of information. When actual malware is loose in the wild and causing problems such as ransomware, the mainstream news media are unable to demonstrate media literacy themselves by finding credible IT experts to interview on the subject.

The truth, the whole truth and nothing but the truth.

As news media organisations have slimmed down and sought to be come more efficient, the sources of legitimate news content have dried up. This has led to many organisations forging links with 'subject matter experts' - university academics who need to raise their profile and publicise their work, spokespeople from financial organisations who want to leverage a media organisations credibility and press releases from lobby groups, some of which are comprised of just one person with an agenda.

This sort of content was seen in print media too, but because of advertising standards, had to be labeled as Advertorial. The word used online is 'Promoted' or 'Sponsored' which doesn't mean the same thing and doesn't have the same connotations with regard to legitimacy. For instance, NZers don't really mind that the All Blacks are sponsored by US financial company AIG. But would NZers mind if AIG said to the NZRFU that their $100m sponsorship came with the right to pick the run-on team and include their favourite American club players as they see fit? Hell yes!

Media literacy backfiring on the media.

The problem is not that New Zealanders struggle with media literacy. It's that the news media have squandered that literacy for their own financial gain and now it is backfiring on them.

Every lobby group press release masquerading as journalism does the media reputation damage.

Every report of a politicians statement that is tilted to promote an stereotype does more damage.

Every time a subject matter expert is quoted to 'rehabilitate an image' destroys credibility in the media.

New Zealanders see themselves as discerning, now they are choosing to look outside the legacy media organisations because they don't want to be used as a cash cow for power hungry media staff any more.


This article was submitted by one of our members - Carkitter